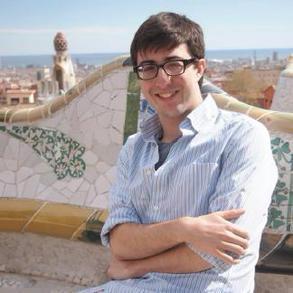 I am a fourth-year computer science undergraduate working in blue through the PhoneLab REU. My interests are primarily in mobile systems and distributed systems, and I generally love software engineering. I am also a Teaching Assistant for Distributed Systems and Intro to Computer Science.

I joined MORT, my high school’s FIRST Robotics Competition team, which exposed me to Java and robotics. During my senior year, I led the programming team for MORT where I taught students Java and developed our tele-operational and autonomous processes.

I joined the University at Buffalo in 2011, and instantly started working in Dr. Jason Corso’s group, which introduced me to academic research and helped hone my programming skills. From August 2012 to May 2014, I was president of UB ACM where I started a tech talk series, weekly hack nights, and UB Hacking, our university’s annual hackathon. In November 2013, I joined PhoneLab, where I jumped right into mobile systems research working alongside Geoffrey Challen.

Since my first-year, I have interned with Google (in 2012 and 2013) and Optimizely (in 2014). After graduation, I will be joining Optimizely as a Software Engineer, where I will be helping companies turn data into action.

My personal site can be found at nickdirienzo.com where you can find more projects and information.