Many congratulations to Romit Roy Choudhury, the 2015 recipient of the SIGMOBILE RockStar Award 1. This award is relatively-recent but has a strong history, having previously been given to Lin Zhong (2014) and Suman Banerjee (2013). It’s great for the SIGMOBILE community to recognize early career success (although all recipients were tenured by the time they received it), but the award has a terrible name. Let’s change it!

I understand the positive connotations of the term "rockstar": someone is well known (famous) and does great work (writes hits). The problem is that—​at least for me—​the term is overpowered by its negative connotations. Rockstars have ego management problems, hog the spotlight, light hotel rooms on fire, do a lot of drugs, and tour for years playing tired songs to aging audiences. I know that this isn’t true for all actual rockstars, or as far as I can tell for any of the SIGMOBILE rockstars. But to me the term "rockstar" brings to mind someone who’s brilliant but also a bit too high on themselves. Given the teamwork required to do good mobile systems research, I think that this is a problematic connotation. Plus: as long as the award is named the Rockstar award I’m worried that certain very well-deserving but non-rockstar-like researchers (like Landon Cox) may never win.

I don’t know what the new name should be. How about the "SIGMOBILE Beta Award"? Or the "SIGMOBILE Superstar Award", if we want to keep something snappy and hip? Everyone loves a superstar! I also know that there was some support at HotMobile'15 for creating an award to honor Gaetano Borriello, someone I didn’t know well but who had a major impact on many in the mobile systems community. I don’t know enough about Gaetano’s early career to claim that his in an appropriate name for an early career award, but it’s an idea.

Feel free to leave suggestions in the comments or on Facebook. And in the mean time, scroll down to see my own RockStar Researcher to real rockstar mappings for the three past recipients and two possible future winners…​ I can't really defend this one—it just makes sense to me.

Both want to build monsters and happen to wear glasses.

One brings life to toys, the other to the Garden. 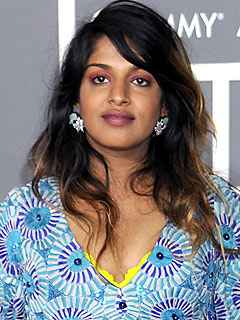 You just have to hear Aruna rap...

This one's obvious (at least to me). 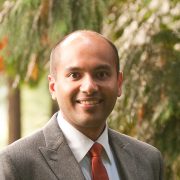